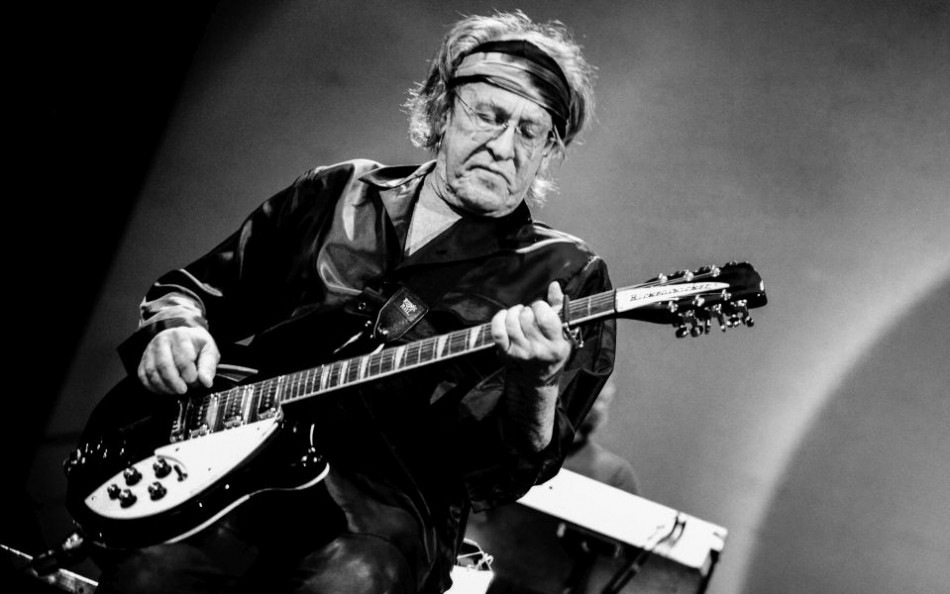 Life is a bitch but sometimes has it’s strange synchrony: Paul Kantner, former rhythm-guitar-player, singer and founding-member of Jefferson Airplane and Jefferson Starship passed away. He died on January 28 aged 74 in San Francisco on the aftermath of a heart-attack. That very same day another founding-member of Jefferson Airplane and their first female singer Signe Toly Anderson died the same age from the effects of chronic obstructive pulmonary disease (COPD). Nothing but a coincidence?

While Paul & The Airplane started a world-carreer, Signe Anderson retreated to private life in Oregon after the first Airplane-album Takes Off which was still more in a Folkrock-vein. She had become mother of a little baby and didn’t want the carry the child around on tours. Another reason for her to quit might have been that the other band-members were pretty hostile towards her then husband, Merry Prankster Jerry Anderson. Since she distrusted the Airplane’s first manager Matthew Katz for good reason, she had a special escape-clause in her contract freeing her from him if she left the band for any reason.

In Oregon she lived a pretty reclusive life even though she sang for a couple of years in the local band Carl Smith And The Natural Gas Company. But since the mid-70’s she suffered serious illness time and again. Although she recovered it caused her family serious financial problems due to the costs of the US-Health-system. Maybe that’s why she appeared occasionally as gust-singer with KBC-band and Jefferson Starship in her later years.

Signe’s collegue Paul Kantner is one of the most influential musicians out of San Francisco of the last 50 years. With Jefferson Airplane he’s one of the creators of San Franciscan Psychedelia. The sometimes 3-chord-harmonies of the band were breathtaking, at least in the studio, and I still regard the Airplane THE most consistent Psychedelic band from Frisco! Paul wasn’t just the singer and guitar-player but also responsible for a lot of Airplane songs.

When Signe Anderson’s successor Grace Slick became pregnant from Paul in 1970 – you could see their child China as a baby on the cover of Sunfighter – the couple quit the Airplane and started Jefferson Starship which was originally only intended as a studio-project and vehicle for Paul’s space- and science-fiction obsession.The three albums Blows Against The Empire, Sunfighter and Baron Van Tollbooth And The Chrome Nun still belong to best late San Franciscan Psychedelia. With the still good though much more commercial album Dragonfly the studio-project became the legitimate successor of the meanwhile defunct Airplane. Over the next years Jefferson Starship became one of the most successful Westcoast-bands ever.

Although extremely successful commercially the music of Jefferson Starship became ever more mainstream, slick and shallow – a tendency you could unfortunately observe with most Westcoast-bands at the time. 1n 1984 Paul finally quit the band as the last founding-member but reclaimed the band’s name Jefferson Starship for himself. A short-lived collaboration with former collegues Marty Balin and Jack Casady as Kantner-Balin-Casady-Band (or KBC-Band) lead to the lukewarm Airplane-reunion of 1988 that went nowhere.

In 1991 Paul reformed Jefferson Starship in their early 70’s tradition. With this band and Jack Casady he played in Neuss/Germany at the exhibition America – The Other Side in 1993. My friends and I had the pleasure to do the lightshow for Jefferson Starship and Big Brother & The Holding Company that evening. Marty Balin and David Freiberg also joined the band later on. The albums from that period like Deep Space/Virgin Sky or Windows Of Heaven fortunately sound closer to the early times of the band and made forget that the original Starship stattered on the ground not later than Earth.

The last time I saw Paul was at a concert in Belgium 2012 with his son Alexander on bass and David Freiberg though he appeared tired that evening. Who would have guessed this was the last time? Paul and Signe are dead now and Dieter Bohlen is still alive! Life is a bitch! R.I.P.