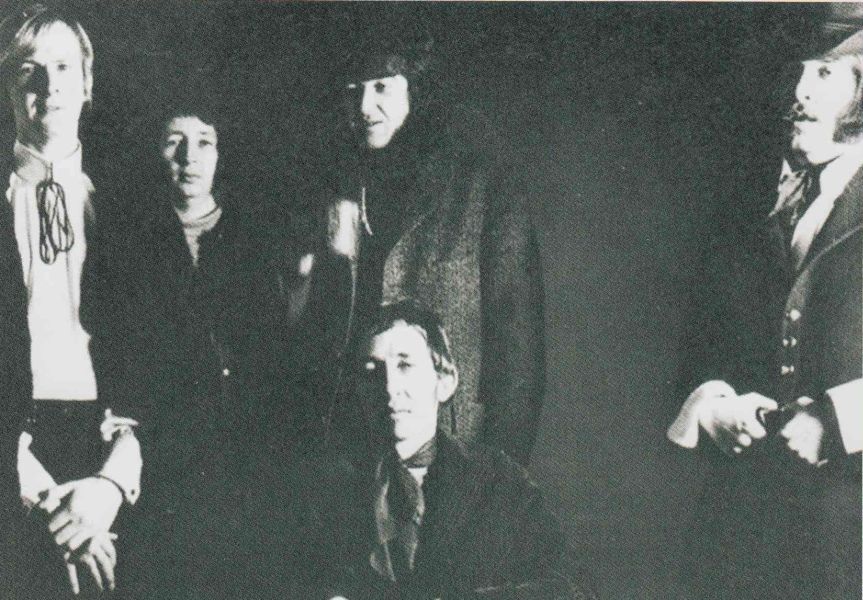 Freedom’s Children are one of the best bands the world never heard! The group from Durban/South Africa were the only Psychedelic/Progressive-band of world-class on that continent! Though all of their 3 albums differ pretty much from each other, every album could stood the test with any record released in England or the USA at the time. Since originals are hard to find and even harder in good condition the 3LP-Box of the German collectors-label Shadoks released a couple of years ago is a more than welcomed alternative to experience the music of the South Africans.

Freedom’s Children were an all-white band, not surprisingly for South Africa at the peak of Apartheid. Their name though was openly provocative to the South African regime. Obviously they knew very well the actual musical trends especially in London. And so their debut Battle Hymn Of The Broken Hearted Horde from 1969 sounds pretty much like other Psychedelic-albums from the UK at the time. Slightly playful, with clear Beatles– and Kinks-influences, spoken passages like on Moody Blues – Days Of Future Passed but not so freaked-out it couldn’t be played at the radio. Kaleidoscope – Faintly Blowing, Rainbow Ffolly, July or early Traffic also come to mind. Titles like Eclipse, Kafkasque oder Miss Wendy’s Dancing Eyes Have Died though give a hint of things to come in Freedom’s Children’s development. By the way, the strange Pepsi-commercials at the end of both sides have been added by EMI-South Africa without the knowledge of the band. They probably financed the whole record this way.

With Astra, released a year later, Freedom’s Children reached their peak. The concept-album is a masterpiece of dark melancholic Heavy-Progressive Rock, easily up with milestones like Choice Cuts by Master’s Apprentices, Tear Gas, Czar or Mercator Projected by East Of Eden. Like on other album from 1970 you still hear flashbacks of Psychedelia but also traces of later Hardrock. Especially The Homecoming is one of those tracks worth the admission alone (very much like the monster-track Cecilia by Czar) though the rest of the album doesn’t pale by comparison. Check it out at: Aileen/The Homecoming  Singer Brian Davidson’s light tremolo reminds of Roger Chapman of Family in some passages, a band Freedom’s Children also shares the eagerness to experiment with. The only thing that could be criticised from today’s view is the somewhat muggy sound-quality. The album might have benefited from a lighter more airy mix though on the other hand the doomy sound also contributes to the menacing mood of the album. Lyrically Astra floats in galactic spheres of the inner and outer universe, suitable to its title and a bit like their contemporaries Hawkwind though there are no similarities soundwise between them.

Freedom’s Children’s swan-song Galactic Vibes from 1971 sounds more down to earth than its predecessors despite another spacey title. One reason is that founding-member and bass player Ramsey Mackay quit the band at that point but basically its because the remaining members decided for a more heavy sound. You could clearly hear the difference on the live-version of The Homecoming, which is the only interference with their previous albums. Overall the LP sounds a bit like Nickelodeon by Master’s Apprentices compared to its predecessor Choice Cuts. In 1971 times were getting harder. That’s why Galactic Vibes – besides the inevitable drum-solo – has more Hardrock-elements than previous Freedom’s Children albums. Besides that you have Fields And Me and About The Dove And His King on side 2 with oriental influences pretty much in a way Page & Plant realized years later.

Of course no one outside of South Africa listened to Freedom’s Children before the late 80’s. ‘Cause South Africa wasn’t just out in the sticks, it was also the most boycotted middle of nowhere. They were obviously cut off any promotion outside of their home-turf. Which is a real pity ‘cause the music deserved a bigger audience at the time. So the mentioned 3 LP-Box by Shadoks gives you at least a chance to rediscover the brilliant music of Freedom’s Children some 45 years later. The box includes their three albums in their original foldout-sleeves and labels all coming in a hardbox including an inlet with the elaborate band-history. So don’t tell me later you didn’t know.